1
In the past two years, the state has adjusted the import tariff rate of biodiesel twice, and the trade situation of biodiesel has changed accordingly. Imported biodiesel in 2013 has a significant impact on the Chinese market. (1) Taxes and quotas preferential policies give foreign biodiesel a large profit margin and opportunity Â  In 2012, the General Administration of Customs set up 27102000 (conventional diesel component content higher than 70%, mostly B5 diesel) and 38260000 (conventional diesel component is less than 70%, mostly BD100). The two tariff codes are used for biodiesel import. And exempt from the consumption tax incentive policy. According to the tariff regulations of the two tariff codes at that time, as long as the imported oil contains more than 3% of the biodiesel component, it can be regarded as biodiesel, thus exempting the consumption tax of 0.8 yuan / liter (about 940 yuan / ton) . Moreover, according to China's and ASEAN's free trade agreement, biodiesel imported into ASEAN countries can also be exempted from 6% tariffs. Based on two tax incentives, the onshore duty-paid price of biodiesel was about 900 yuan/ton lower than the wholesale price of conventional diesel. In addition, biodiesel is not included in the scope of imported controlled commodities. It does not need to be imported as a petrochemical diesel oil only after applying to the country for import quotas. This provides good opportunities for Chinese traders. (2) In the second half of 2013, the number of imports soared, and the resources were mainly from Southeast Asian countries. In 2013, China imported a total of 2.67 million tons of biodiesel, of which B5 diesel accounted for 95% of the total. In the first half of 2013, the monthly average import volume of biodiesel in China was less than 100,000 tons, and the import volume in the second half of the year increased significantly, reaching an average of 360,000 tons per month. Since the second half of 2013, Chinese traders have started to import biodiesel in large quantities and sell them in the Chinese market at a discount rate of more than 300 yuan/ton. The profitable space for imported biodiesel is about 600 yuan/ton. The profits are very impressive. The import resources of biodiesel mainly come from Malaysia, Thailand, Singapore and Indonesia. The resources from Southeast Asia account for 99% of the biodiesel import trade. (3) Imported biodiesel mainly impacts the diesel market in China's coastal areas The imported biodiesel business began in the Zhoushan area of â€‹â€‹Zhejiang Province. After local traders successfully imported arbitrage, the move was quickly followed by other companies. According to customs data, in 2013, customs in Hangzhou, Guangzhou, Tianjin, Zhuhai, Dalian, Nanjing, Shanghai, Qingdao and other customs in the coastal areas all imported biodiesel. Among them, Hangzhou, Guangzhou, Tianjin, Zhuhai, Dalian, Nanjing and other places have a large import volume of customs, importing 765,000 tons, 709,000 tons, 420,000 tons, 186,000 tons and 94,000 tons respectively. (4) Import resources are mainly supplied to local refineries and social business units. According to practitioners in coastal areas, local refineries and social business units are the main receivers of imported biodiesel. A small part of it is sold to local refineries as a blending raw material, most of which is sold to social business units. In the process of biodiesel sales, social business units often mix biodiesel with vehicle (or ordinary) diesel and sell it without clear labeling. Biodiesel imports shrank sharply in 2014 The relevant state departments adjusted the taxation policy for biodiesel imports, squeezing the profit margin and restraining the import impulse of traders. Â  (1) Policy adjustment In 2014, the Ministry of Finance and the State Administration of Taxation jointly issued the Notice on the Purpose of Clearing Certain Goods Taxes on Import Chain Consumption Tax (Guangzhou Customs [2013] No. 79). It is stipulated that since January 1, 2014, the consumption tax will be levied on biodiesel under the 27102000 tax number and under the 38260000 tax number that does not meet the BD100 standard. The tax amount is the same as conventional diesel. The implementation of this policy means that the import of biodiesel other than BD100 is subject to a consumption tax of 940 yuan / ton. (2) Imports of B5 diesel oil have shrunk, and imports have shrunk sharply After the policy adjustment, the landed duty price of B5 biodiesel in East China rose to around 7,900 yuan / ton, which is equivalent to the wholesale price of China's domestic market. Import trade is basically unprofitable, and the import volume has shrunk sharply. From January to April 2014, the monthly average import volume of B5 diesel was 31,000 tons, which was 180,000 tons less than that in 2013. The area of â€‹â€‹imported B5 diesel oil also decreased significantly, mainly in Zhejiang and Shanghai, with monthly average imports of 20,500 tons and 0.97 million tons respectively. (3) Imported BD100 has a low profit, mainly used as a financing tool As of April 2014, the landed duty-paid price of BD100 in East China was about RMB 6,600/ton, which was about RMB 1,200/ton lower than the wholesale price of conventional diesel. Since the BD100 cannot be directly sold, the profit margin of the ton of oil has been diluted to 60 yuan/ton after blending with conventional diesel fuel into B5 diesel at a rate of 5%. At present, some traders who are still operating this business mainly use the 90-day letter of credit with a 2% interest rate to import BD100, and cash out after selling in the Chinese market as a financing tool. (4) BD100 imports have increased, concentrated in Guangdong, Zhejiang and Shanghai This policy adjustment has not affected the trade situation of BD100, and the import volume of BD100 is still growing. From January to April 2014, China's monthly import volume of BD100 was 72,000 tons, an increase of 60,000 tons/month compared with 2013, mainly concentrated in Guangdong, Zhejiang and Shanghai. The monthly average import volume of these three regions was 98,600 respectively. Tons, 60,600 tons and 59,900 tons. 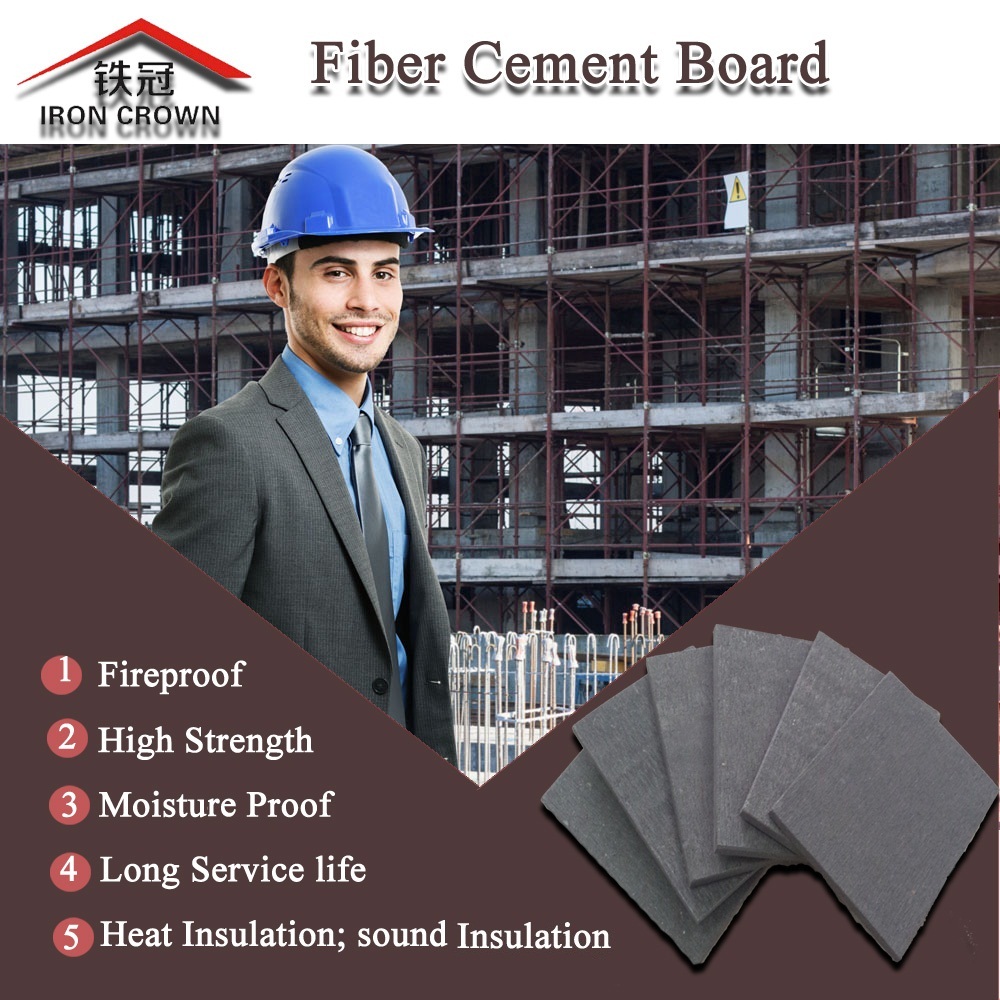 Our "Iron Crown"   Fiber Cement Board  is a kind of high-density multi-functional building materials. Its main components are cement, natural organic fiber, artificial fiber and other assistant materials. It owns excellent machining performance. The installation method is as easy as the wood. 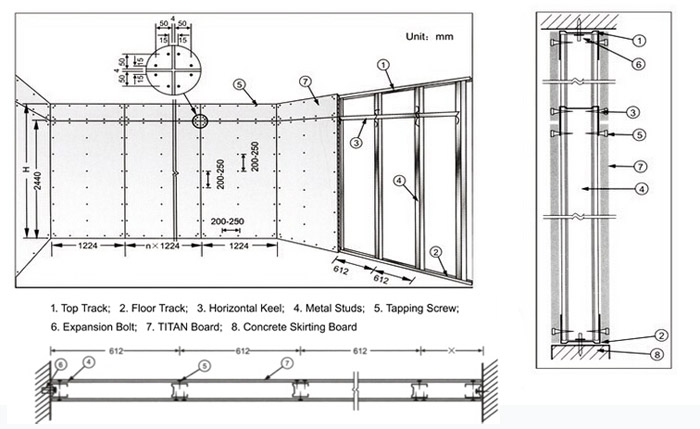 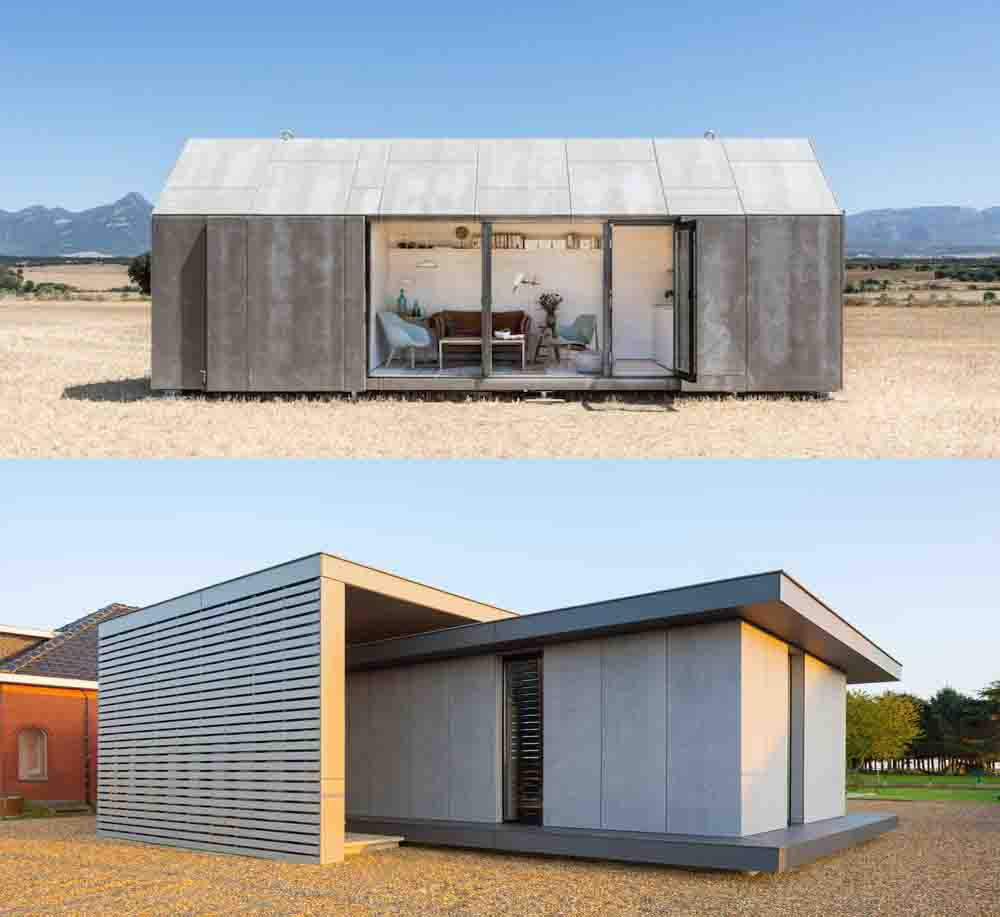 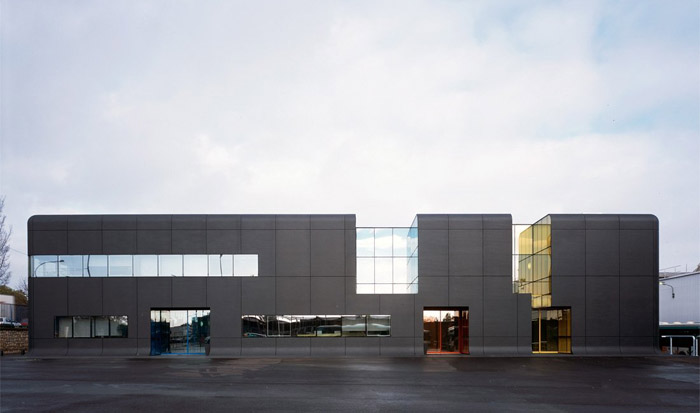 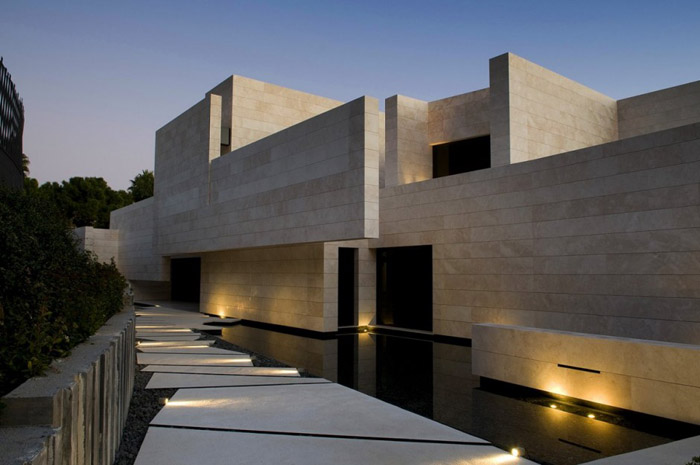 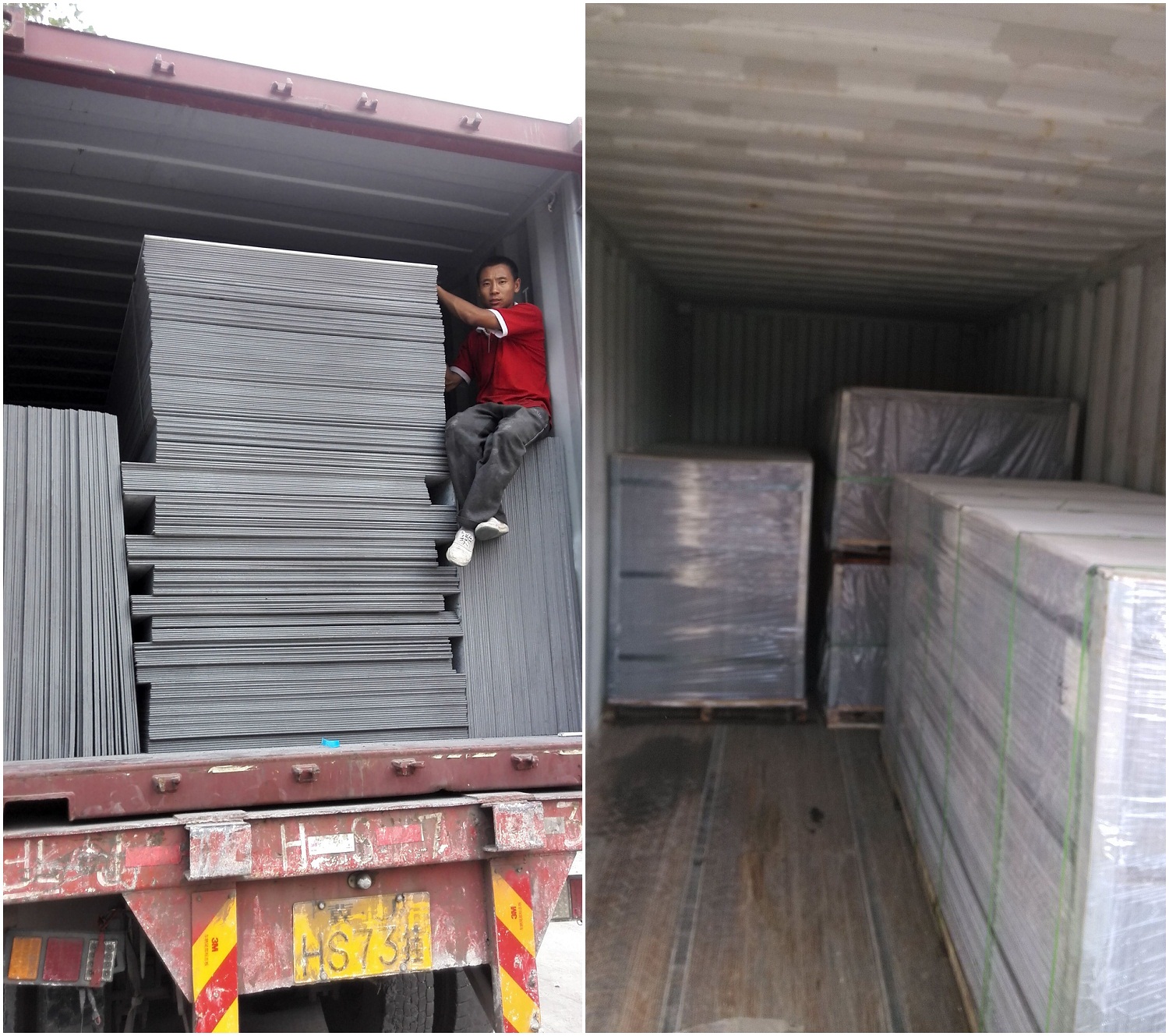 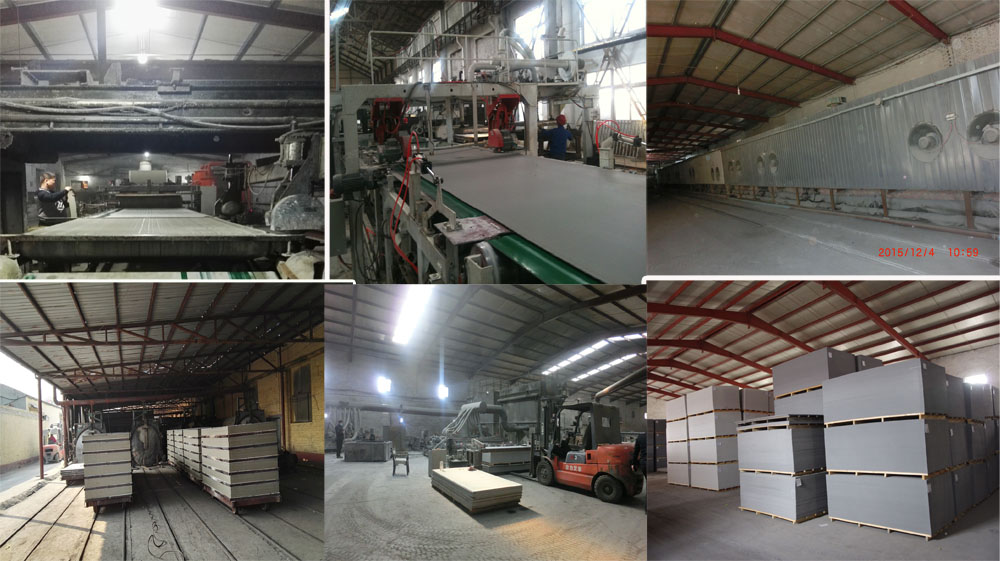 We are a reliable manufacturer of Magnesium Oxide Board, fiber cement board and Calcium Silicate Board with good reputation.

Because their good function performance, such as fire-proof ,moisture-proof, sound-insulation,anti-corrosion, easily installed, save energy and labor cost, harmless to people's health.