Recently, the Green Chemical Technology Research Center of the Key Laboratory of Biobased Materials of the Chinese Academy of Sciences under the guidance of Prof. Xindong New from the Qingdao Institute of Bioenergy and Bioprocess Technology, Chinese Academy of Sciences, has developed cheap, renewable wood fiber materials (corn stalk, corn cob, pulp, etc.) Research on pretreatment separation and efficient use of various components has led to a series of advances and related results were published in Bioresour. Technol., J. Agric. Food Chem., Bioproc. Biosyst. Eng., and Carbohyd. Polym. .

The biomass pretreatment team under the leadership of Wang Haisong, a researcher at the center, based on the study of the alkali pretreatment of the preliminarily lignocellulosic feedstock (Bioresour. Technol., 2012, 125: 193; Biotechnol. Biofuels, 2013, 6: 97), further The fermentability of the ABE (acetone-butanol-ethanol) fermentation of the pretreated enzymatically hydrolyzed sugars of corn stover was evaluated.

The results showed that the fermentation performance of the enzyme-hydrolyzed ABE after dynamic extrusion pretreatment was comparable to that of the comparative sugars (glucose and xylose solutions of the same ratio and concentration), and no fermentation inhibitors were produced. The total yield of ABE was up to 0.112 g /g Raw straw (Bioproc. Biosyst. Eng., 2014, 37: 913); Further study on the effect of PFI beating on enzymatic hydrolysis efficiency and total sugar yield of corn stover after alkaline pretreatment, and found that the substrate after PFI beating The beating degree has a good linear relationship with the enzymatic hydrolysis efficiency and the total sugar yield, thereby establishing a method for rapidly predicting the enzymatic hydrolysis conversion rate and total sugar yield of the pretreated straw by measuring the beating degree of the material after beating. (Bioresour. Technol., 2014, Doi: 10.1016/j.biortech.2014.06.068).

In addition, the teamâ€™s researchers also used multivariate analysis methods to quantify the interrelationships among the important process variables in the alkaline pretreatment system and found that the multivariate analysis method will be the process for the future industrialization of biomass conversion. Advantageous tools for optimization and process control (BioResources, 2014, 9(2): 2757).

The team also developed a new process of deacetylation combined with mechanical refining and then two-step enzymatic hydrolysis to increase the yield of total corn cob sugar. The experiment found that this method can efficiently obtain xylo-oligosaccharides and glucose, respectively. In the first step of enzymatic hydrolysis of mixed sugars, the content of xylo-oligosaccharides reached 56.4%, which exceeds the standard of functional xylo-oligosaccharides, and can be widely used in the fields of medicine, health care, dairy beverages, and foods; and the second step of enzymatic hydrolysis The glucose content was 83.8%, and the total sugar yield reached 86.4%, providing a reference for the pretreatment separation and full-component utilization of the corn cob (J. Agric. Food Chem., 2014, 62, 4661); Pre-hydrolyzed hemicellulose was blended with PVA to prepare a degradable water-soluble hemicellulose film by casting. The tensile strength of the membrane material prepared under the optimized process conditions reached 7.63 Mpa. The long-term rate is 403%, and the surface of the film is smooth and dense in structure and can be used as a packaging material instead of a non-degradable plastic (Pap. Sci. Technol., 2014, 33: 30). The above studies provide new ideas for the high value utilization of xylan or hemicellulose components in lignocellulosic materials.

On the other hand, the researchers compared the effect of steam pretreatment and hot water pretreatment on the preparation of high-purity dissolving pulp by the pre-hydrolyzed sulfate process. It was found that under the same conditions of pentosan removal, steam pretreatment can reduce condensation and The adverse effect of anti-deposited lignin on subsequent kraft cooking and bleaching results in a dissolving pulp containing up to 97.6% alpha cellulose and a product yield 3% higher than traditional hot water pre-re-sulphate cooking (Cellulose, 2014, 3: 1445); In addition, the researchers also used commercial bleached kraft softwood pulp as a raw material, through the chemical and biological enzyme coupling treatment, to increase the alpha cellulose content of bleached wood pulp to more than 90%, and the reaction performance exceeded. 68%, performance index of pulp for viscose fibers (Biochem. Eng. J., 2014, 82: 183). At the same time, the use of solid acid hydrolysis of the commercial bleached wood pulp to produce rod-like nanocrystalline cellulose (15-40 nm wide and 600-800 nm long) with excellent thermal stability was established due to the easy recovery and reuse of solid acid. A green and sustainable new method for preparing nanocellulose lays the foundation for the commercialization of nanocellulose (Carbohyd. Polym., 2014, 110: 415).

The above research has been supported by the national "863" program, the National Natural Science Foundation, and international cooperation projects. It is of great significance for the high-value utilization of biomass fibers and the reduction of chemical fiber industry dependence on petrochemical resources.

Figure 7. Process for the preparation of nanocellulose from phosphotungstic acid and the micromorphology of the nanocellulose product

We can produce the lower-temperature steel pipe according to the ASTM A333 and ASME SA333 standards, and the and the production diameter from 8" to 48" in OD and wall thickness from 9.53 mm up to 140mm. We have been sold the GR.6 steel pipe about 20000 tons to date and the property of -45â„ƒ impact value is about 100J, better than the standard`s requirements.

Yangzhou Chengde has the full capability to do every test in-house, from mechanical testing, chemical analysis, PMI, UT/Hydrotest etc. Chengde`s lab is qualified to ISO 17025 and CNAS standard, being proven the repeatability of accurate testings.

Each alloy pipe is subject to PMI before dispatch. The INNOV-X system performs non-destructive chemical analysis via simultaneous detection and quantification of fluorescent x-rays of multiple elements in test sample. 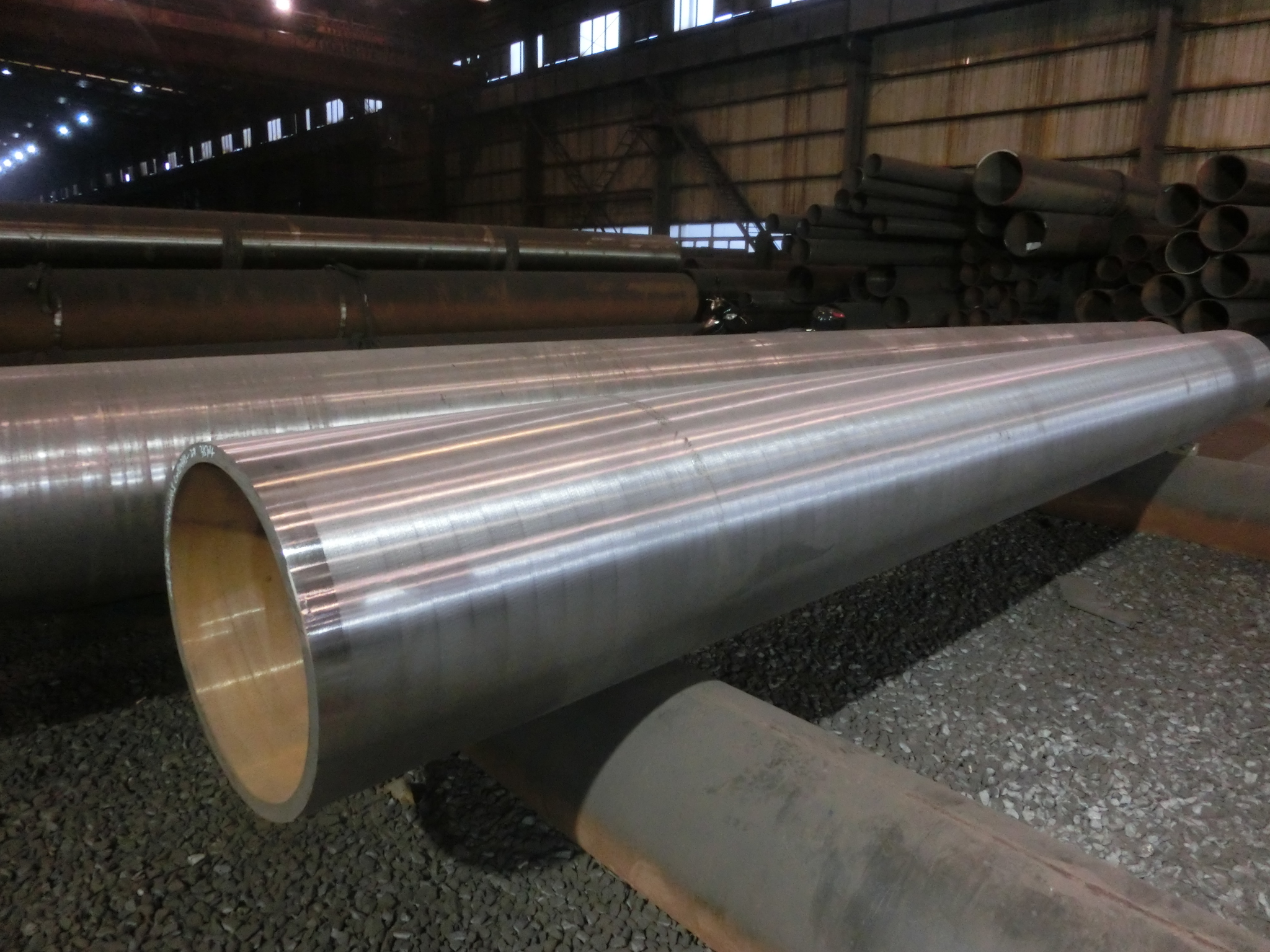